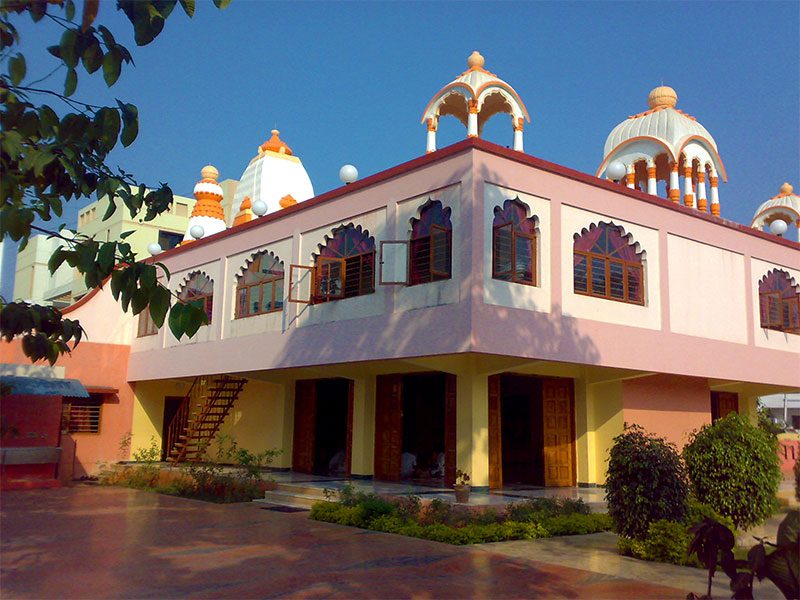 Nasik is a pilgrimage centre, which is famous as the location where Lord Ramchandra, Mother Sita and Laxman had their transcendental pastimes. The history of the Krishna Consciousness movement began when Lord Chaitanya visited Nasik & Trimbakeshwar 500 years ago, when he was returning from a tour of South India (CC Madhya 9.137). But the seeds of ISKCON were planted personally by the founder Acharya HDG A.C Bhaktivedanta Swami Prabhupada back in 1971. He and his American disciples performed parikrama of the holy places around Nasik. Prabhupada preached to thousands of citizens and his American disciples distributed books and performed Nagar Sankirtan.

Officially, the activities of ISKCON started on the occasion of Prabhupada Centennial Year by H.G Paramhans Das. He preached in Nasik by himself and in 1997, he established a small centre. The preaching grew mostly through youth preaching, Bhakti Vriksha programmes, book distribution and simultaneous congregation development within 3-4 years. And soon in 2005, a small and beautiful temple was constructed with the help of the congregation devotees. The presiding deities of Nasik Sri Sri Gaur Nitai were welcomed in the year 1999 in a small centre. The Mass preaching programmes were conducted regularly from 1998-1999 like Mega Janmastami Festival, Gaur Poornima, Ram Navami & Pushpa Abisheka in which thousands of people participate.

Now under the direction of H.G Shikshastakam Das, preaching is flourishing. ISKCON Nasik focuses mainly on preaching to the youth and congregation development. There are 25 full time Bramacharis involved in youth preaching and congregation development programmes. There is regular Sunday Feast and Wednesday Gitamrita classes conducted weekly attended by hundreds of regular devotees. IYF (Iskcon Youth Forum) Nasik organises monthly Prerna festivals for boys, and about 500 students attend it every month. Chetna Festival is organised for Girls. IYF conducts corporate seminars for professionals and special congregation development program called Parivartan is organised. There is a 6 day basic Gita course for beginners; Hare Krishna Festival and Bhagavat Saptah are regularly conducted in the city. There is also BACE facility for the college youths where 200 college students get spiritual wisdom along with sanctified, pure food. ISKCON Nasik is distributing thousands of Srila Prabhupadas books all over the city.

The 12 years of preaching culminated in the installation of a deities of their Lordship Sri Sri Radha MadanGopal on March 23rd 2011.

ISKCON Nasik does play an active role during Kumbha Mela in assisting ISKCON’s activities like book distribution, preaching and food for life. Nasik being a place for pilgrimage, lakhs of pilgrims regularly visit the place. Thousands of people are taking the Darshan and the blessings of Sri Sri Radha Madangopal and the teachings of Srila Prabhupada for a divine, peaceful and happy life.